This recipe is inspired from Brittany in the North west coast of France. The country side were the “crepes” were born. Brittany “La Bretagne” is famos for its food, old fortification cities and building and its “celtic” heritage. People from Brittany are very proud of their history and still speak an ancient language “The Brezhoneg”…

Crepes are described as a thin, flat round pancake. It is traditionally made on a flat, round hot tray the we call une “Crepiere”. Let me tell you, it takes a fine art to make a crepe on one of theses hot flat tray. Crepes are sold in restaurant or corner shop. I recommend you find out yourself and sit in an old “Creperie” where the building has a soul and the smell take you on a journey.

Crepes are often made and know as a sweet, dessert or breakfast item. But in Brittany crepes are mostly made as a savoury item with cheese, smoked ham, egg. The batter is made with buckwheat flour and the crepe looks brown.

The Origin of Crepes:

The story of the crepe started around the 12th and 13th century in Brittany. The crepe was made with buckwheat flour. Rich in fiber and protein grain, mixed with water was the beginning to create a batter. A bit like a flat bread. People used to cook it on a flat tray over a wood fire and a bit of butter.

In medieval times, peasants presented crepes to their feudal lords as a demonstration of loyalty. In the Breton town of Quimper they actually have a museum celebrating the history of crepes

It is only in the 20th century that the crepe, as we know it, found a lot more interest with the development of white flour (La farine de froment).

The crepe was brought to America in the 1930s by French Chef Henri Charpentier. He claimed to have been the one to create and serve the original “crepes Suzette” to the future King Edward VII in Monte Carlo. While this point has been disputed, there is no denying that this classic dish and its delicious orange sauce soon became the staple feature of haute cuisine in America.

Crepes are not just an easy, cheap and delicious food. Crepes have a cultural significance and a dedicated day on the French calendar. French people Celebrate the national crepe day on the 2nd of February. It is called “La chandeleur”.

Historically known as the Virgin Mary’s Blessing Day, in France is now known as le jour de la crepe (the day of crepe), and it has become a familial day of gathering, more than a religious celebration.  La Chandeleur (the return of the light), the date commemorates the winter’s decline and the coming light of the spring. Families gather and celebrate this moment with a meal of crepes (savoury and or sweet).

According to legend, and my mother is a big believer of that.  As a kid and even nowadays, you must hold a coin in your writing hand and a frying pan in your other, flip a crepe and it lands flat back on the pan, you will be prosperous all year.

Examples of popular crepes in France: 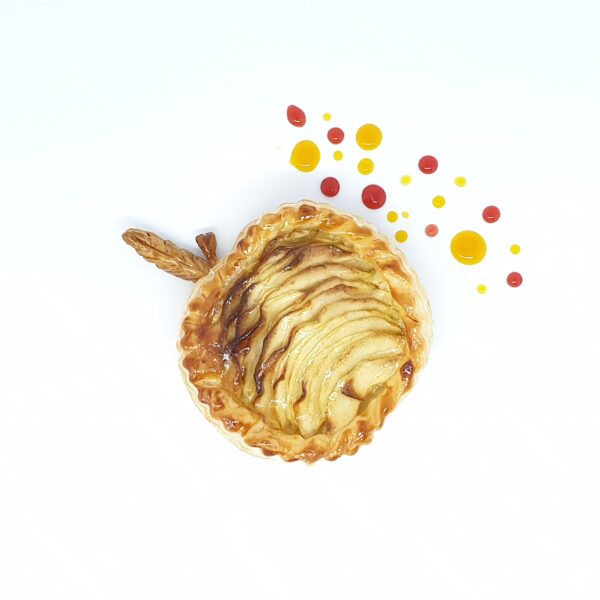