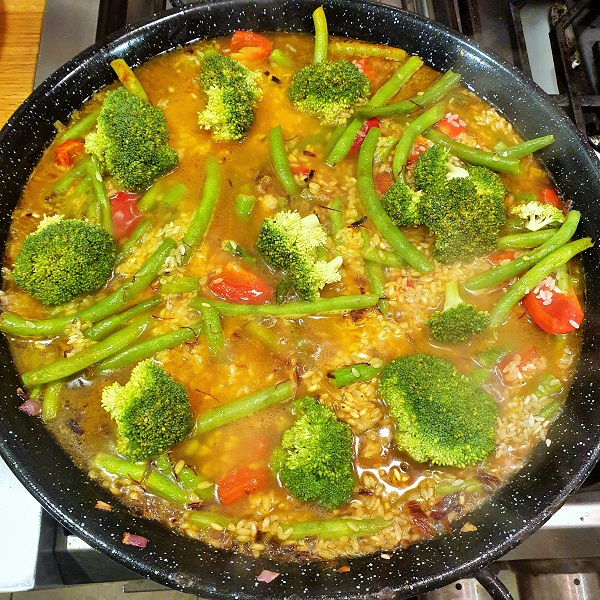 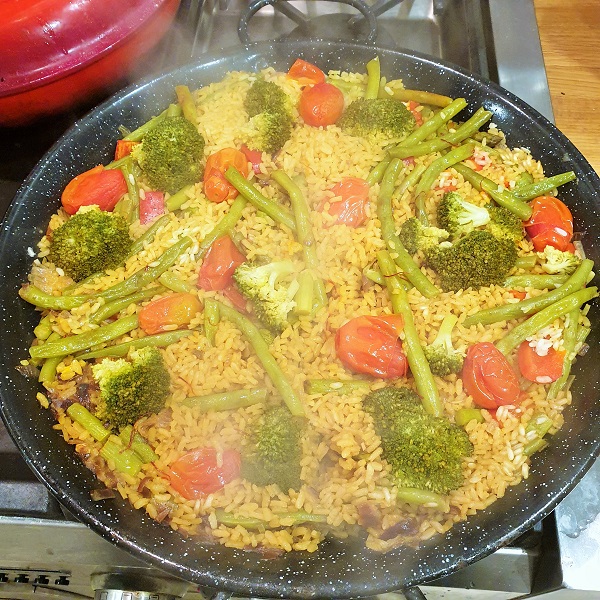 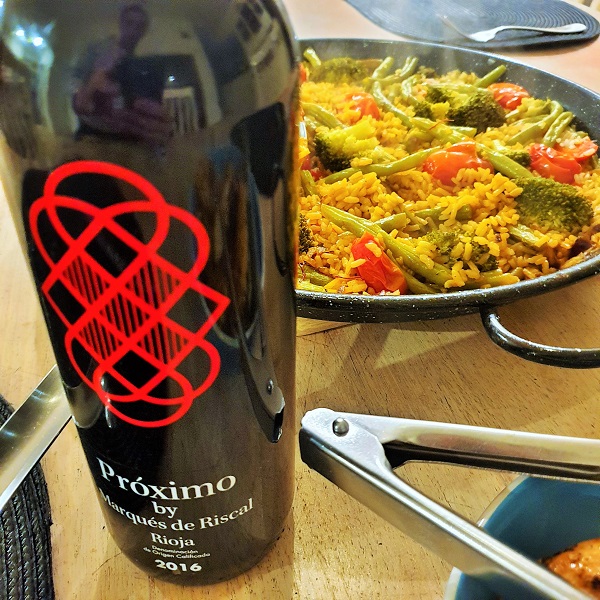 Paella often describe a rice dish from Spain. However, the word Paella really describe the dish itself, the pan, where you cook the meal composed mainly of rice and other ingredients.

For this recipe, I chose to cater purely for vegan and vegetarian lifestyle. It follows my recipe of the vegetable stock. I also added some twist of spices to make it more relevant a little spicy. However, later on I will make another recipe with meat and/or seafood

The origin takes from years of travel. the Moorish kings’ servants created rice dishes by mixing the left-overs from royal banquets in large pots to take home. It is said by some that that word paella originates from the Arab word “baqiyah” meaning left-overs.

The most famous Paella takes it origins from Valencia, a region on the East coast of Spain.

By the mid-1800s, paella included short-grain white rice and a mix of proteins: chicken, duck, rabbit and optional snails (less affluent people often made do with snails alone). The dish was actually a “rice and beans” dish, with butter beans, great northern beans and runner beans (artichoke replaced runner beans in the winter), plus tomatoes. The spices included garlic, pimentòn (sweet paprika), rosemary, saffron and salt; the dish was cooked in olive oil. The recipe continued to evolve as chorizo, green beans, green peas, olives and roasted red pepper found their way into the dish.

Paella mixta: mixed paella, which is a free-style combination of meat, seafood, vegetables and sometimes beans